“Well-oiled dream-pop sound that is as ethereal as it is grounded in catchy melodies. “Suckerpunch” has a quiet,
Lana Del Rey kind of vibe. The vocal line is laid back and relaxed and juxtaposes the almost frantic undertone of the production.
It is a fabulous follow-up to the band’s EP Savant.”
Earmilk
.
Swedish dream-pop trio ViVii release their new single ‘Suckerpunch’ on October 12th through Dumont Dumont (RY X, Charlie Cunningham, Josin). Ethereal, delirium-laced pop bolted thick with layers and gossamer strands. Listen to ‘Suckerpunch’ HERE.
.
“Been trying to stay out of trouble our whole lives, trying to do it all right. But that doesn’t really matter when life comes around and knocks you out cold with a suckerpunch.” - ViVii
.
‘Suckerpunch’ follows on from ViVii’s critically acclaimed debut EP ‘Savant’ which was released at the end of May and features lead single ‘Savant’ and debut single ‘Siv (You & I). Both singles reached the #2 spot on the Hype Machine chart and saw praise from online tastemakers including The Line of Best Fit, DIY Mag, Indie Shuffle (Best of April), Earmilk, Hilly Dilly, All Things Go (Best Songs of the Week), Crack in The Road amongst many others. The EP has clocked up over 2 million streams online and includes two other spine tingling tracks ‘Ali’ and ‘Some Other Time’. Stream ViVii’s ‘Savant EP’ here. They also recorded and released a COVER of Harry Styles ‘Sign Of The Times’ for the Mahogany Sessions.
.
The trio is made up of Emil and Caroline Jonsson and their enigmatic work partner Anders Eckeborn. Speaking about their relationship Emil explains, “We work with another guy, but he doesn’t like the limelight at all…” “Anders is amazing, he loves all noises,” continues Caroline. “It took ages, we were so slow before, but once we met Anders it became easy – we are all slow workers individually but together it’s beautiful. It’s always so natural.”
.
Caroline and Emil, who were born and raised in the coastal city of Gothenburg, met at summer camp as children and formed a strong, life-long bond that pulses powerfully decades later. Friendship swiftly blossomed into romance and by their late teens they were a couple; by their early twenties they were married. The childhood sweethearts then embarked on a dream honeymoon to New York City, staying so long they had to traverse the Atlantic multiple times to renew visas. Eventually, funds dwindled and they had to find work, with Emil reviving his teenage modeling career to supplement their vacation of a lifetime – but that’s far from the end of the hurricane tale.
.

A chance encounter at an Eric Roberson gig – part of their trip’s purpose was to absorb as much music as they could – led to a wild journey with soul sensation Tye Tribbett. An instant connection erupted between the trio (“he had a crazy energy,” says Emil), and they spent a few heady months touring the East Coast as part of his gospel choir and immersing themselves in a completely different lifestyle than they were used to, fulfilling one of Caroline’s lifetime goals in the process. But still, they weren’t done. 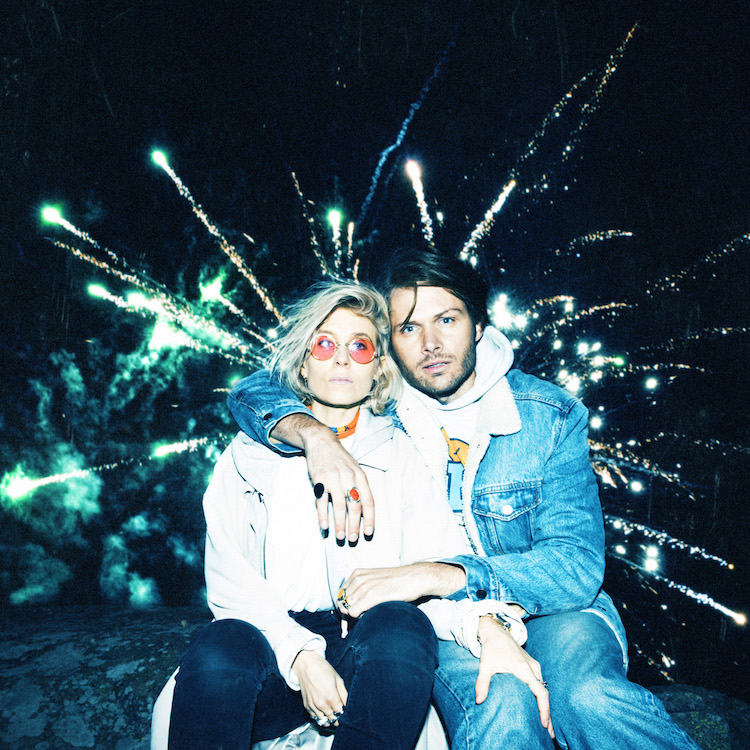 .
Emil and Caroline lived a full, enviable life before deciding to relocate to Stockholm and focus on themselves. Life, of course, had different plans, and soon they were blessed with children; and this is where ViVii begins life in earnest. Perhaps surprisingly, young children didn’t derail musical ambitions – quite the opposite. “When the kids came we got to actually write and record,” explains Emil. “When they arrived the structure came into our lives. We knew we had to do it then.”
.
So the duo got down to business on their own sounds, fusing tones and melodies and taking inspiration from the music of their youth: the old tunes crackling on grandparents’ vinyl records, hymns from church, indie-pop jewels, classical opuses (“Bach, of course,”) and gospel choirs. Still, something was missing…With Anders thrown into the mix, ViVii galloped into life: “he slowly but surely grew into our producer and a third member of ViVii.
.
It’s taken ViVii decades to reach this point – a fairytale ending with glorious music to show for it. Everything has led them to a dizzy high; but this is no true end to anything – this is just the beginning.
.
‘Suckerpunch’ is out October 12th on Dumont Dumont 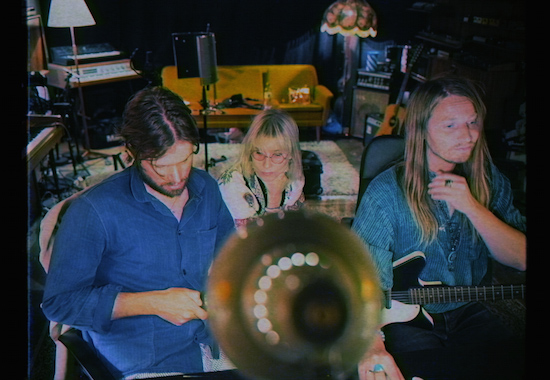 .
Said about ViVii:
”Glittering dream-pop decadence”
The Line of Best fit
.
”A smashing debut from dream pop trio”
Music for the Soul
.
”heart-warming rush of euphoric rapture”
Swede & Sour
.
”beautiful debut single”
Skope News
.
”beautifully arranged new pop single”
Mystic Sons
.
”glorious slice of ethereal pop”
Crack In The Road
.
”a truly cinematic listening experience with a touching backstory”
The Most Radicalist
.
”unadulterated dream-pop at it’s finest, matching glistening chords with meandering bass runs and hazy synth effects”
Born Music
.
”a bittersweet ode to the pains and joys that real life brings”
Caesar Live n Loud
.
”Imagine Lykke Li entrenched in plump synths and luscious harmonies, then saturated with the unique beauty of a zither and the opulence of a gauzy groove. That picturesque setting would lead us to Siv (You and I)”
I Heart Moosiq
.
”make a unique sound amidst the homogeny”
Hilly Dilly
.