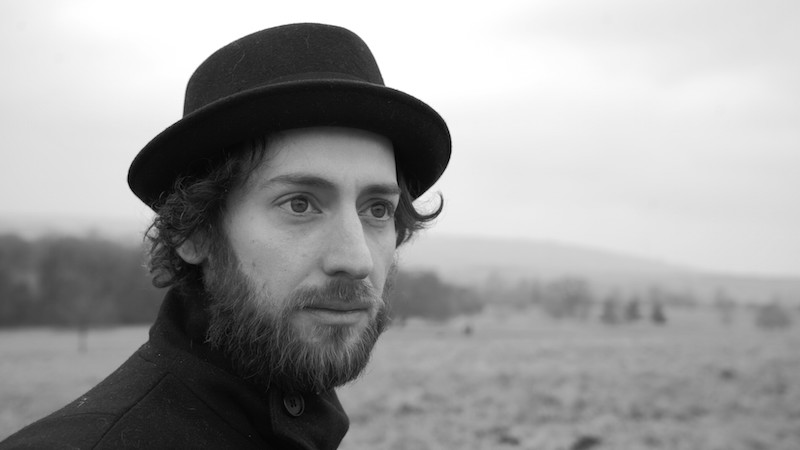 -
“A beautifully composed piece of music, there’s a marvellous sense of balance in Sean’s songwriting, with those lingering guitar notes underpinning his softly intense vocal” CLASH
-

“Something really warm about his voice… it’s reminding me of Jeff Buckley, it’s beautiful.”
Georgie Rogers, Virgin Radio
-
Spotify I iTunes I Apple Music I Amazon I Deezer I Tidal I Google Play I Soundcloud I Youtube
-
‘A Thousand Hues’ is the beautiful new single from Bristol-based singer-songwriter Sean Christopher, released today on Dumont Dumont (Charlie Cunningham, RY X, Josin). A heartbreaking song inspired by real life tragedy, ‘A Thousand Hues’ is the third track to be taken from Sean’s debut album ‘Yonder’ – due for release May 11th – following previous singes ‘Carry On’ and ‘Paper Plane Pilot’, which was chosen by Lauren Laverne for BBC 6Music Recommends.
-
“I read a story a few years ago about a Japanese man who lost his wife during the Tsunami back in 2011,” says Sean of the single. “He could not find her on land and decided to take diving lessons to search the sea. I was really moved by it and ‘A Thousand Hues’ was written soon after.”
-
Catch Sean live at The Social in London on Tuesday February 6th (free entry).
-
Sean Christopher has been immersed in music all his life. As a child growing up in the Netherlands he would listen to his father play Flamenco guitar for hours and hours every day, while his mother’s extensive vinyl collection introduced him to legendary artists like The Beatles, Leonard Cohen, and David Bowie.
-
An alumni of the Royal Conservatory in The Hague and Codarts in Rotterdam, where he studied music production, Sean began creating music for films and commercials shortly after graduating. In 2014 his song ‘Everything’, composed and produced for an international car commercial, began to get him noticed, reaching a million streams on Spotify.
-
Back in The Hague, Sean built himself a basement studio and decided to record his first full-length album. Hidden away, accompanied only by his ever-growing collection of instruments and his dog Ollie, he began to work. In the end, it was his father’s old Flamenco guitar that took centre stage and drove the recording of what was to become ‘Yonder’.
-
After relocating to Bristol last year, Sean signed a record deal with Swedish label Dumont Dumont, home to artists including RY X, Charlie Cunningham and Josin.
-
Sean Christopher ‘Yonder’, track list:
-
Praise for Sean Christopher:
“Something really warm about his voice… it’s reminding me of Jeff Buckley, it’s beautiful.”
Georgie Rogers, Virgin Radio
-
“His work is rooted in pastoral acoustic climes, while still reaching towards the personal. Recent single ‘Paper Plane Pilot’ is a beautiful example of his artistry”
CLASH
-
“A very listenable and magnetic bit of guitar pop”
Blahblahblahscience
-
“An accomplished listen – one that’s alive with tight melodies, intelligent lyricism, emotional content and a really appealing set of vocals”
**** Indie London
-
“His vocals pour like honey into the mix and the whole track feels like an elixir for simple happiness“
Indie Shuffle
-
“Heart-touching lyrics, soothing vocals and a melody to die for. Yeah, Sean Christopher’s “Paper Plane Pilot” is quite the find!”
Stereofox
-
Artist links:
Facebook
Twitter
Instagram
Soundcloud
YouTube
Spotify
Website
-